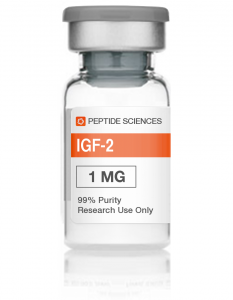 Eating disorders often come in mixed forms. The influences that contribute to the development of eating disorders are diverse and range from individual, familial, biological to socio-cultural factors.

All forms of eating disorders such as bulimia or anorexia have in common a disturbed eating behavior, which can result in damage to health. Eating disorders are among the psychosomatic disorders and do not always have to be visible to the naked eye. Depending on the form of the disease, severe underweight or overweight can occur, but a normal weight is also possible.

Signs of an eating disorder are different for various reasons:

The binge eating serves to regulate unwanted feelings such as fear, frustration or anger. Like all eating disorders, bulimia often co-occurs with depression or substance abuse.

In contrast to bulimics, people with binge eating disorders (eating addiction) do not take countermeasures such as vomiting, so obesity is a typical consequence. This promotes the development of diabetes and cardiovascular diseases.

-refers to an eating disorder that is characterized by the urge to weigh as little as possible and to be able to control eating behavior.
-Self-esteem and well-being mostly dependent on weight.
-Constant control and reduction of body weight
-Restrictive Type: Reduced or denied food intake
-Purging type: Taking countermeasures after eating, e.g. vomiting, using laxatives or exercising excessively
-cardiac arrhythmias
-Electrolyte and hormone imbalances
-organ damage
-osteoporosis
-infertility

Anorexia is one of the deadliest mental illnesses or eating disorders. Therapy is always necessary. Due to a lack of insight into the disease, many patients refuse therapy.

What is an Eating Disorder?

Eating disorders are usually characterized by some form of abnormal eating behavior. The thoughts of those affected often revolve around the topics of food, body and weight. Depending on the form of the disease, insufficient or excessive eating or measures to reduce weight can be life-threatening.

What Group Has the Highest Rate of Eating Disorders?

Eating disorders are often caused by multiple factors. This means that various factors play together in the development of eating disorders. Psychologists name biological, individual, familial and sociocultural causes. Biological causes include the influence of hormones and genetic factors. Individual causes of eating disorders include a tendency towards perfectionism or a high demand for performance, low self-esteem or traumatic experiences.

In order to better understand the needs of those affected by eating disorders and their relatives, funding for research is essential. The needs of those affected and those close to them with regard to information on eating disorders, prevention and counseling options were surveyed by means of written and oral surveys. Further information on these research projects can be found here:https://www.helpguide.org/home-pages/eating-disorders.htm