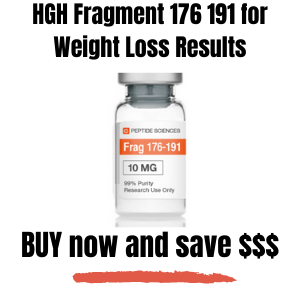 These days research peptides are growing in popularity to find alternative treatments to various health issues. So if you were to search the internet you would find many results from anti-aging peptides, peptides to burn fat, and best fat loss peptides. In this post, we ask the question what is the best peptide for weight loss?

Peptides are a family of substances that are constructed from alpha-amino acid residues and are linked by peptide bonds in a chain. Peptide compounds can be synthetic or natural and contain hundreds of monomeric units – amino acids. Recently they have become more popular because of their unique properties to treat many age-related problems.

In sports, peptides are illegally used to regulate physical parameters, and peptides are also used to burn fat. The most popular representatives of these substances used by athletes are peptides, which are stimulators of growth hormones. Artificial growth hormones are strong competition for new peptide substances, but the latter has a number of advantages such as:

There is a lot of peptides being studied with most of which are well understood. In sports and especially in bodybuilding peptides are the most popular. There is a set of peptides for increasing muscle mass and some fat-burning peptides that do not affect muscle fibers but instead burn fat. In this post, we are most interested in finding the best peptide for weight loss.

Glucagon is a peptide that has hormonal activity. It increases access to additional energy sources, which are fatty acids, which make their breakdown active and releases the energy needed for exercise. It also acts on certain substances, so they in turn stimulate the hypothalamus and pituitary gland. This has a positive effect on the quality of adrenaline produced. Adrenaline increases the breakdown of fats which in turn decreases weight.

For athletics, Glucagon has another property as it provokes the consumption of glycogen by the liver and practically does not affect muscle glycogen, which has a positive effect on the duration of quality training.

The Best Peptide for Weight Loss

HGH fragment 176-191 is the fragment responsible for burning fat. The set of amino acids from which it is made does not affect the set of muscle mass. Its main task – the splitting of fat deposits, more precisely the speed of their separation. Regular use of the HGH fragment 176-191 significantly reduces the rate of formation of new fat cells, making it as popular as the fat-burning peptide. The side effect of taking this fragment is an increase in the production of insulin-like growth factor, which has a very positive effect on the speed of the aging process, which is often accompanied by active fat accumulation.

How to Take Peptides?

To get the best results from peptides the administration is important to achieve the desired result as soon as possible, as well as to avoid side effects. In research, experts use insulin syringes and bactericidal water (in extreme cases, water for injections). The injection area is about 8 cm from the navel to the right or left. Then the injection is performed at an angle of 45 degrees. This type of injection is given only on an empty stomach and then a break of at least 4 hours between administrations. To avoid side effects the correct amount is needed and should be prescribed by a doctor. With all medication, it is crucial to seek medical advice. As far as the best peptide for weight loss most are still being studied!

To conclude we would like to point out that most peptides are for research use only and are not to be used by humans. Some peptides have been already approved by the FDA for certain medical conditions. But most are still in the early stages of studies. Even in the case of this post, the best peptide for weight loss is still being investigated. So, it could be a while until we see a treatment available to treat obesity. For most governments around the globe, it is hoped they might one day approve one of the many peptides that have fat-burning benefits. This is simply because obesity causes so many other health issues, it can be a drain on health systems.

Ipamorelin Fat Loss Results are impressive and so too is the peptide CJC 1295. Sometimes peptides are combined for better results.  In research, a popular stack is CJC 1295 Ipamorelin for weight loss results. This means these two fat-burning peptides will provide a lot better results in achieving weight loss. Finally, there is a special peptide for belly fat only and that is Tesamorelin. This is mostly used by HIV patients as their medication causes abdominal weight gain only. For more about this treatment, read this link here.