Unlocking the potential of peptides 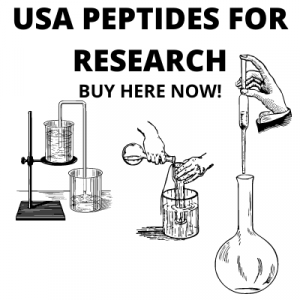 – A discovery made at university becomes the foundation of a successful start-up. NUMAFERM GmbH has achieved this with biotechnology that can be used in a variety of ways.

Peptides are small protein molecules composed of up to 100 amino acids. They work in many ways. In the pharmaceutical and cosmetics industries, they are in demand as active ingredients or bioactive additives for creams and ointments. Peptides are also suitable for technical applications, for example for use in adhesives or for coating surfaces.

The great economic potential of peptides has not yet been fully exploited in industry. “The problem is that the production of peptides through chemical synthesis is very expensive,” says Christian Schwarz, one of the two founders of NUMAFERM GmbH. In chemical synthesis, one kilogram of peptide requires many tons of raw materials, including fine chemicals and organic solvents. “This is uneconomical for many industrial applications and, in our view, does not fit into the age of the bioeconomic,” Schwarz continues.

What is the Importance of Peptides?

In 2009, as a doctoral student at Heinrich Heine University Düsseldorf (HHU), Christian Schwarz discovered a method that makes it possible to smuggle peptides through the cell wall of a bacterium at the right moment. It is cheaper and more sustainable than chemical synthesis. Many biotechnology companies have been using the genetically engineered bacteria as producers for the production of proteins, the much larger relatives of peptides, for many years.

What is the Potential of Peptides?

However, due to their complex structure, proteins can protect themselves from the enzymes inside a bacterium called proteases, whereas the smaller peptides are usually destroyed again by the proteases during production. This is where the technology developed by Christian Schwarz comes in. There is exactly one place that is free of proteases: the immediate vicinity of the bacterium Escherichia coli. The team of researchers led by Christian Schwarz has repurposed the E. coli bacterium. Thus, it can produce the desired peptides in large quantities and then release them into this protease-free environment. Here the products can be easily harvested.

From university to start-up

Schwarz was subsequently awarded the German Study Prize for his doctoral thesis and, for the development of new peptide-based products. Initially he began to focus not only on the pharmacological and antimicrobial properties but also on the adhesive forces – i.e. the adhesive properties – of the biomolecules. “The ‘pep2bond’ project was about producing special peptides that can be used to better protect metal surfaces that are difficult to access from corrosion,” says Christian Schwarz. “Such anti-corrosion agents are of great importance in the automotive industry, for example.

However, these agents often do not reach all areas of the manufactured metal parts, or the protective film does not adhere firmly enough.” In the two-year feasibility phase, the Düsseldorf researchers led by Christian Schwarz developed so-called peptide-based bioconjugates together with microbiologists from the consumer goods group Henkel. While the biotechnologists from the University of Düsseldorf provided their peptides as raw materials, the researchers at Henkel coupled the protein molecules to the in-house polymers using click chemistry.

What are the Properties of Peptides?

“The peptides ensure that the molecules bind more firmly and specifically to open steel surfaces,” explains Schwarz. The bioconjugates were successfully produced during the feasibility phase. The raw material “peptide” is produced using the innovative bioprocess developed by Christian Schwarz at HHU. In addition, the adhesive peptide was optimized for industrial use in cooperation with Henkel. The Federal Ministry of Research (BMBF) funded the “pep2bond” project as part of the funding measure “New products for the bio-economy” in the exploratory and feasibility phase from 2015 – 2017 with around 540,000 euros In addition to funding from the BMBF, the project also benefited from an Exist funding from the Federal Ministry of Economics.

In 2017, the start-up NUMAFERM GmbH was founded as a spin-off from the University of Düsseldorf by Christian Schwarz and Phillip Bürling as commercial director. “The hardest part was convincing people and organizations to invest in your idea. Research then has to take a back seat because you’re so busy talking to potential financiers,” says Schwarz, explaining the early days of the spin-off. In 2018, NUMAFERM was awarded the highly endowed “Start me up!” Founder’s Prize. The area of ​​application of the peptides is extremely diverse.

NUMATIDES deals with the combination of adhesive and antimicrobial effects of peptides. As implant coatings, these should ensure that infections caused by the implant are prevented. In about 5% of patients, such infections lead to serious complications, sometimes fatal. “As far as we know, there are currently no peptide-coated implants available,” says Christian Schwarz. He gives two reasons for this: on the one hand, the formulations must first be developed in order to guarantee the stability of the peptides over several days, and on the other hand, the production of peptides has so far been very expensive. A kilogram of peptide can quickly cost 1 million euros.

With their patented technology, the researchers at NUMAFERM are working on making the production of peptides more economical and reducing production costs by around 95%. Christian Schwarz draws a positive interim balance: “The NUMATIDES project is progressing very well. High-quality peptide libraries have already been developed and the first suitable candidates for BESCHI.

With their patented technology, the researchers at NUMAFERM are working on making the production of peptides more economical and reducing production costs by around 95%. Christian Schwarz draws a positive interim balance: “The NUMATIDES project is progressing very well. High-quality peptide libraries have already been developed and the first suitable candidates for coatings have been identified.” NUMATIDES is being funded with around 870,000 euros from 2019 – 2022 as part of the BMBF’s “KMU-innovativ: Biotechnologie – BioChance” funding measure.

Are Peptides the Future of Medicine?

Schwarz also sees growth potential for the future. “Peptides are still a greatly underrepresented class of substances. Long-chain peptides in particular, which consist of 30-100 amino acids as building blocks, are difficult and expensive to produce. This is exactly where our NUMAtech technology comes in.” The possible applications of peptides are diverse and the entire spectrum seems far from being explored. “Especially in the field of vaccines, we expect a strong stimulus for peptides. For example, the currently successful clinical trials in the context of COVID-19 are based on stimulating the immune system with peptides.”