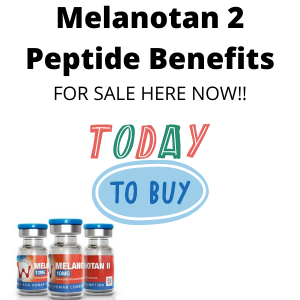 Melanotan 2 Peptide benefits are known all over the research industry this is because it was initially developed to give a perfect tanned look. In short Melanotan 2 peptide is a hormone that is a powerful polypeptide initially created for tanning results. The results of this research peptide mean a person doesn’t have to spend hours in the sun or on a sunbed to get that perfect tan!

A Guide to Melanotan 2 Peptide

In fact, you don’t need the effects of the sun’s UV rays for Melanotan to work. It is a chemical that is designed to strengthen the regular increase in melanin production. Melanin is the natural skin pigment that decides skin shades in each and every one of us. The tan achieved with Melanotan 2 will last longer than tanning beds and is by no means the only benefit you will get. It is also known to protect against skin diseases for various reasons. With continued studies, it appears there is more to this tanning peptide than a long-term tan!

What is Melanotan 2 Peptide?

Melanotan 2 or MT-2 is an artificial human alpha-melanocyte-stimulating hormone. It was developed in the 1980s as a sunless tanning product at the University of Arizona, during research it also caused sexual arousal in rats as well as skin darkening. But, since then there has been an abundance of other positive findings including:

As we stated earlier Melanotan 2 can help with weight loss because of its ability to stimulate the oxidation of unsaturated fatty acids. This result is a decrease in fat around the body as insulin levels expand. MT-2 has shown good results in reducing food cravings and food intake. Test results on mice found it changed the food preference of the mice making them ignore fatty food, plus it significantly reduced the amount of food that was eaten.

A brief guide to more positive Melanotan 2 peptide benefits includes its capability to help control compulsive habits in particular reducing alcohol intake. In experiments on mice, results revealed the mice preferred a higher consumption of water compared to the alcohol. It was thought Melanotan 2 can influence MC-4R or Melanotan-4 receptor. This is responsible for food choice and intake and plays a role in impulse control and thus alter behavior. This also plays a huge part in food choice and can help with weight loss.

MT2 has had a lot of research. It has been found to have many positive effects on behavior, and impulsive control in humans. However, there have been some side effects noted. Another problem that prevents it from entering the medical world is its route of administration, which keeps it still as a research chemical. This is mainly because essential enzymes are lost when some peptides are taken orally. They only work effectively when administered subcutaneously into fatty layers of skin. Whilst Melanotan 2 nasal sprays are an easier way to take Melanotan it is only 40% effective.

Melanotan 2 Peptide Benefits are still being established but if you are in the chemical research trade you can buy it for continued study!