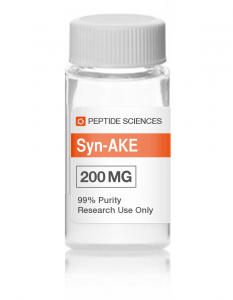 Best Peptides for Women – There is no doubt the best peptides for women are those in anti-aging products. Simply because of vanity and the desire to have younger looking skin. We all know about cosmetic surgery and Botox injections. But, not every woman wants to have surgery or even has the money! So, the more affordable options for women are anti-aging  cosmetics. Here we look at some of the best

What can Peptides do for your Skin?

Peptides are one of the most used molecules in today’s innovative cosmetics. It has been proven that these elements are beneficial to improving the appearance of the skin, as well as reducing wrinkles, increasing collagen production  and reducing facial flaccidity, among others.

These are molecules very similar to proteins, although minor, that we can find in a large number of cosmetics and that we can distinguish in various types of peptides.

Next, we explain everything you need to know about these components. We explain what peptides are, and what is the function of peptides in cosmetics —such as for example, the function of collagen peptides for the skin, as well as their neurotransmitter function—. Continue reading for more information.

As we explained, peptides are a molecule widely used today in the most modern and innovative cosmetic products. It is a molecule very similar to proteins, but smaller. The union of several amino acids forms peptides. This union is known as peptide bonds. Depending on the number of amino acids linked together and other issues, the function will be one or the other, and its application in cosmetics will vary.

In any case, it is important to know that these molecules are essential for the proper functioning of metabolism. In addition, its smaller size means that absorption through the skin after application is instantaneous.

We have just seen what peptides are. Now let’s see what types we can find. Surely, when you hear about peptides, other concepts come to mind, such as polypeptides, oligopeptides, octapeptides, and hexapeptides

Polypeptides are formed by the union of more than 10 amino acids.

Oligopeptides: are the union of less than 10 amino acids. They are the most used peptides in cosmetics due to their function as collagen with peptides as neurotransmitters…

However, regardless of the number of amino acids, peptides can also be classified depending on the sequence of the latter —that is, how the amino acids are combined—, as well as their combination with other elements, such as lipids, polysaccharides, minerals…

As we mentioned, oligopeptides are the most popular peptides in cosmetics. These have many beneficial functions for the skin, such as collagen peptides for the skin. Depending on the amount of amino acids that we find in its composition, we distinguish the following types of peptides:

Functions of Peptides in Cosmetics

Functions of peptides are very varied, however, in the cosmetics sector, these molecules have very clear and well-defined actions. Peptides can help us reduce cellular ageing symptoms and improve the skin’s general appearance. These act as inhibitors of neurotransmitters, as stimulants and as transporters. Let’s see it in more detail.

It is one of the most valued functions of peptides, generally carried out by those of the hexapeptide type. These peptides act as inhibitors of neurotransmitters.

What is achieved with this is to relax the muscles creating what is known as the “botox like effect”.

What exactly happens is that the movement of the muscles is inhibited and the skin tightens. In this way, wrinkles are reduced. These peptides act as biological competitors, reducing the release of common neurotransmitters. Pentapeptides have a very similar function, although their use is more recommended for the skin around the eyes.

Another of the main functions of peptides is skin regeneration. In this case, its function is related to the production of collagen with peptides, but also with the stimulation of the production of elastin —protein that provides resistance and hardness, as well as elasticity to the skin— and glycosaminoglycans —responsible for the synthesis of hyaluronic acid—, among others. In general, the type of peptides that fulfill this function are pentapeptides, tetrapeptides, tripeptides and dipeptides.

Peptides also have the main function of healing wounds, apart from acting as collagen peptides for the skin. Some peptides bind to copper ions—particularly tripeptides—accelerating wound healing and skin repair in general.

As you will see, peptides are widely used in cosmetics, especially for their relationship with the stimulation of collagen with peptides, as well as for their anti-wrinkle effects, although it is also very common to find peptides for eyelashes. Currently we can distinguish a large number of advanced cosmetic products that include peptides in their composition. In general, only a small dose of these is needed in the composition of the cosmetic, much smaller than the components that are usually used in this type of product. Some of the most important cosmetics in this sector are:

L’Oreal anti-wrinkle cream: Its use is intended to remove wrinkles from the skin and provide firmness and hydration.

Biotherm Blue Therapy Eye: Used to eliminate wrinkles around the eyes, as well as dark circles and bags.

Which Peptide is Best for Anti-Aging?

In the laboratories there are many research anti-aging  peptides for women skin care products. Here we list some of the best cosmetic peptides for anti-aging studies are: