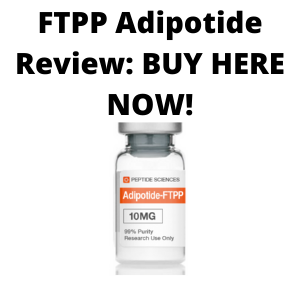 Adipotide is a research peptide-like compound. In research trials the Adipotide dosage promotes weight loss. Studies so far find it can kill fat cells and cause a decrease in the volume of subcutaneous fat, which in turn leads to weight loss. Experts are aware of the problem of obesity across the globe, and are continually trialing new research products to help control the problem. Adipotide is a research peptide that shows promise in helping to lose weight and control the obesity problem.

The research peptide Adipotide is made of two parts: a prohibitin-1-targeting peptide and a pro-apoptotic helical peptide. It is a chimeric molecule and works by disrupting or interrupting mitochondrial membranes. Adipotide works by killing fat cells and reducing the amount of subcutaneous adipose tissue, ultimately decreasing adipose tissue, BMI and waist circumference.

The research peptide Adipotide works by killing adipocytes (fat cells) by selectively causing the death of dead cells (apoptosis) in the blood vessels. These blood vessels supply adipocytes, so killing the cells means getting rid of the fat cells.

Based on various scientific research on Adipotide, the formula helps with weight loss. But, it also shows other positive results, including:

So far experts know Adipotide targets the prohibitin-1 prompting the death of the apoptosis cells or white adipose tissue. White adipose tissue stores surplus energy as triglycerides. Studies show that too much white fat increases the risk of obesity disorders. 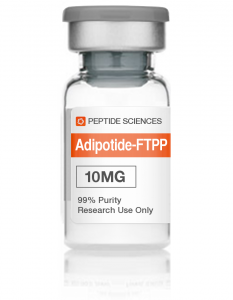 Adipotide was first founded as, a cancer treatment due to it starving cancer cells from the blood supply so stopping them growing.

The effects of Adipotide show that the drug starves the fat cells in the blood, forcing them to die and be reabsorbed into the body. Original tests were performed on rats and then to monkeys. The testing results on rats saw a 30 per cent reduction in body weight. After four weeks of daily injections of Adipotide dosage followed by four weeks of treatment, ten obese female rhesus monkeys lost an average of 11 per cent of their body weight and 39 per cent fat. The main weight loss was during the treatment period.

Whilst initial trials have been a success with Adipotide, several side effects have been noted, including:
-dehydration
-tiny kidney lesions, which lead to kidney failure if not treated

Another problem with Adipotide is that it is only available as an injection administered into the skin. So, it is not user-friendly.

Long-term data with Adipotide shows initial results were positive. Still, once the treatment stops, the blood flow reopens the once blocked fat cells and increases weight. These results show a lot more testing with Adipotide dosage is necessary.

Why the Need for Research Adipotide?

However, obesity in children and adolescents is becoming increasingly common and a significant public health problem.

Various factors are contributing to the increase in childhood obesity, including environmental, cultural and lifestyle factors. Furthermore, although the risk factors for obesity in adults are well defined, these factors in children are not yet fully understood. Although the cause of the obesity epidemic among children is unclear, several factors are to blame.

These include genetics, diet, physical inactivity, and cultural factors. The prevalence of obesity in children and adolescents is increasing at an alarming rate in developed and developing countries. Obesity is a condition that can affect a child’s health and cognitive and emotional development. An overweight child is more likely to suffer from obesity in adulthood and cardiovascular disease and to develop diabetes, hypertension and other metabolic disorders.